I love stories. I’m not only  a storyteller, I’m also a story collector. I don’t care if the tale is written, acted, or completely non-verbal. Stories are who we are. They are how we communicate our true, subconscious feelings. Anyone who has given me 5 minutes (whether in person or in my writing) knows that I interpret things differently from a lot of people. I’ve been known to use stories I’ve collected to explain ideas, often in ways that make heads spin. Science fiction is one of my favorite things to pull these bewildering pictures from. 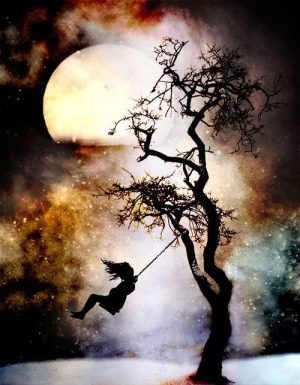 I love it, because Sci-fi opens up the mind to ideas that seem just insane. Truth is ever so much stranger than fiction,  and it can be helpful in wrapping your brain around life. Take Doctor Who, for example. It is so beautifully full of allegories. My favorite is one that my Fairy Godmother told me.

Your heart is a TARDIS. It is bigger on the inside. It is old and new at the same time. Old, because it is also His heart. New, because you are a new creation and you are continually being renewed. It has more rooms than you could ever discover. There is more power in it than could ever be understood.

I think sometimes we get so caught up in this world that we try to fit everything into it. But, we aren’t simply earthly creatures, we are also creatures of a different realm. One with completely different physics. It’s weird. But it’s beautiful. If you can accept some of the crazy ways things work in stories, sometimes it’s easier to grasp concepts like grace. Grace really doesn’t make any sense. When someone has done wrong, you should retaliate or correct them. Grace not only seems foolish, it sounds unjust. But when you have accepted things like the fact that the TARDIS is unfathomably enormous, the idea that maybe our idea of justice isn’t exactly right isn’t as hard to grasp. Nothing is truly as it seems. There is so much we don’t know about our Magnificent and Glorious Life.

I know I’m hardly a nerd. I’ve been told that I really can’t even say that I like sci-fi because I haven’t read or seen certain things. But I don’t think you have to be super well versed in the genre to learn from it. Jesus is literally everywhere. He is so ingrained in the world that you only have to open your eyes. There He is.

Create Your Own Visited States Map