As it is written; If you have not clicked the link and read the posts you shall never understand the things to come.

Part One: Poisoned by Sol

Part Two: Return of the Ninjas

Now, I know this is getting kind of long, so I’m going to try to sum up as best I can. It was such a superb fortnight! It’s hard to do it justice with so few words! I have so much to write about once I’m done with this series!

Last year was my first time staying the weekend. It was awesome, but I’ve come to a conclusion. If you are a camper staying both weeks, by all means stay! It’s a lot different and you can make some really great memories that you may not otherwise. Nemo Boy for instance (many will wonder, few will understand). As staff staying both weeks, just go home. It is hard to just rest and relax at camp (at least for me). 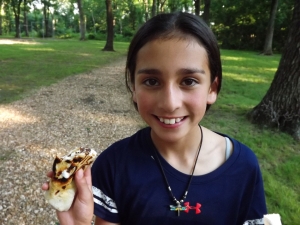 After the camp week was officially over, all the first week campers were gone and we had the cabin cleaned up, Mom and Dad came and took us all out to lunch. I had only been to town once before (last year) so I really didn’t understand what a big deal it was. Everybody said it was redneck, but I assumed they would call HV redneck as well. We only went to McDonalds and Walmart, but that was enough. I’m not sure we saw anyone who actually had all their teeth, and there were several people in flowered nighties. Wow. Well then.

We got back to camp and took a very long time saying goodbye. They helped us move our stuff to our new cabins and then left us there. 😦 At this point I pretty much wanted to come home. Oh well. Claire and I took our laundry over to the Taj. I had already had a run in with this washer.  It hates me. I’m usually really good with mechanical stuff and electronics. I can usually get things to do what I want them to do with little trouble. Notice how many “usually”s I just used. Yeah, this thing hates me. I had I think three people show me how to get it going. I still don’t know what they did differently. For what ever reason, it works for everyone else.

Snow and I were co-counselors for the second week. This was super cool because she was in my CILT class! Over the weekend we spent most of our time working on laundry and prettying up the cabin. We took our theme from The Music Man and decorated it like a library. I wish I had gotten some pictures, all I have is a screen shot from one of the  videos we took. 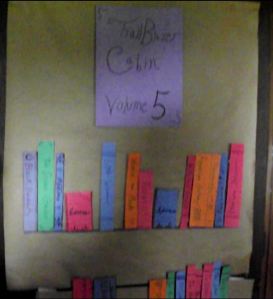 That Madison Public Library sign took me so, stinkin’ long to paint. I got completely done and it was dry, and then I stood there, admiring my work, when I realized how I spelled Library. Libarary. Noooo!!! How to fix it. Cut and paste! I cut “Madison Public” and pasted it to a freshly painted Library. I’m not sure if you can tell from the picture, but we made a bookshelf and made little books with the girls names on them. I t turned out to be really awesome! All our girls had really literary names! Some of them were actually the titles of books! They were great Heroines. 🙂 I really love how the door turned out, I just wish we had more time to make it look more clean cut.

After all the girls got there it was time to sign up for activities. When we got there the girls had a big surprise. They had opened canoeing up to the Trailblazers. This doesn’t happen often. Canoeing is usually only for the older girls I think mainly because of the swim test. You have to tread water for 5 minutes in jeans and a t-shirt, take them off (swimsuit underneath of course) and then tread for 5 more minutes. Two girls in my cabin took the test, one of them ended up doing crafts instead of canoeing. I really admire her for trying, but then knowing her limits. It’s so hard sometimes. I know I’m not good at this.

It was a really awesome week. At the beginning of the week I was really nervous. There was no way week 2 could be as good as week 1.  It had to get worse. God was so good! IT was different, of course, but it was still amazing! I’m finally rested up, over a month later, but I’m so excited for next year! Meg will be a CILT I!! Oh! Something really cool! Snow and I (same class) have younger sisters who will both be in the same class! I’m seriously stoked about this upcoming CILT class. You guys are going to rock. 🙂

A note about the pictures in this post: I know they have nothing at all to do with anything mentioned, they are just too cute to miss. Everyone got Mexican S’mores and enjoyed them so much I had to preserve the moment (good thing too as we didn’t get a cabin picture with Snow and me included 😦 I love the one we did get, it is such a great representation of the personalities!) 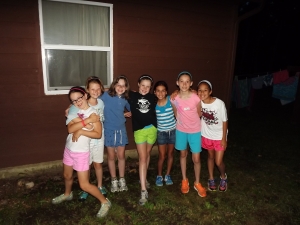 Well, like everything here on this earth, this series must end. So I wish you farewell, I hope you enjoyed reading it as much as I enjoyed writing it.

Create Your Own Visited States Map