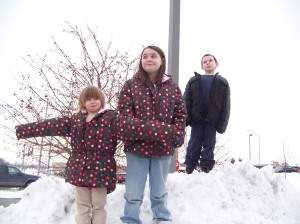 They have conquered the snow mountain! 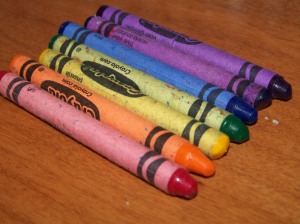 Day 18, Colors (yes I know, slightly out of focus, the battery was dying)

We worked on our lists (Schoolwork and chores).  I took a GED math pretest.  I only took the math one because it is my very worst and least favorite, in the other pretests it’s mostly just reading comprehension,  and I’m already good at that.  I honestly expected to do awful and only get a few right, but I got 13 right out of 28!  Of course, a bunch were guesses, but educated ones (everyone says I’m a good guesser, well, at least in Quizzing lol), and I got pretty close on somethings we haven’t  worked on!  We have a GED prep book (I think we got it from the church Library : ), so I’m going to work on that (Printing off the tests and such, don’t worry, we won’t write in the book 🙂 ).  Hopefully I can finish soon, so I can be done with school, or at least regular school and get on and study to become a midwife.

This summer is looking better and better :D!
I found out today that The Rebelution conference  is coming to Kansas City in August! EEEEEEEEEEEP!! When I read on the blog, I literally squealed(well, I tried to keep my mouth shut, but I still made noise lol 😀 )  I’m SOO excited!!  I think I’m going to vollenteer at least at the actual conference, and I’d like to help out before then.
I’m getting very excited about camp in June. ^_^  Yesterday I got to chat with a good friend I met at camp last year, that I haven’t gotten to talk to in months and months.  We are both doing CILT one  (Pronounced like the man skirt, and won 😉 ), which is the first year of “Campers In Leadership Training” , so we’ll probably get to be in,  [wait for it] The Explorers Cabin (echo echo echo).  Last year, even though we were Explorers (the 10th grade through 12thgrade division), we had to be in one of the regular cabins because there were so many Explorers last year.  This was fine with me, I didn’t know the Explorers cabin was any different anyway, except there aren’t any bathrooms lol.  K filled me in on this.  Cabin 11/12 (otherwise known as the Explorers cabin) was one of the first ones built on the campgrounds, and the Explorers cabin.  It is never  another division cabin, and only Explorers are allowed in it.  According to K, you aren’t really an Explorer until you’re in the Explorers cabin.  All that, plus, at meal times you get to sit in the windowsill in the dining hall, also another thing only Explorers get to do.
The other day after dinner we started talking about what my bird name should be. Now, let me back up and explain this.  At camp, all the staff have a bird name.  It can be anything from Robin or Bobwhite, to the name of a bird in a story or movie, like Scuttle or Archimedes (Scuttle the Sea Gull  from The Little Mermaid and Archimedes the Owl from The Sword in the Stone), and then also shortened names like Cooper (Coopers Hawk) and Sky (Skylark).    If I remember correctly, they have bird names from 1 Kings 17 when God told Elijah to go to the Kerith Ravine, and sent ravens to bring him food  (not sure I’d want food from birds but in this case…).
Back to the dinner table,  we talked about names for a really long time, throwing out random names like Sam Toucan and Ostrich,  but also some cute names like Phoebe and Sand Piper (Piper for short). So far my favorites are Oakalee, Phoebe and Piper.  I couldn’t find a bird called Annabelle (that’s what one of the counselors called me), so Oakalee is my favorite.  It’s the Red Winged Black Bird’s call (look it up on Youtube).  In reading more about RWBBs I found that there are quite a few ways people spell it (After all, how do you spell a sound lol), but I don’t think I saw anywhere spell it Oak-a-lee.  That’s how I spell it though. This is my favorite because it reminds my of Oma, and going bird watching with her, and that’s how she said it :).  Also, I don’t think it’s taken! lol  I don’t remember there being an Oakaleeor Red Winged Black Bird, but I was only there for one week.  Yes I also realize that sounds a lot like Oakley (as in Annie 😉 ). lol 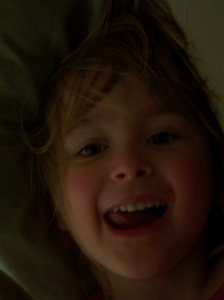 (This was written on Saturday)

Today we went to Petsmart for Kitty’s check-up.  Meg and Dad went back with Kitty, and I walked around the store with Hannah, Adam and Claire.  First we went over to the dog grooming place and watched them cut a dogs fur and claws. Then we looked at the cats.  Last time we were there, there was a pregnant mama cat named “Annie” , that was very sweet, but she wasn’t there this time.  Hannah was kind of disappointed, she had wanted to see the kittens.

There won’t be many pictures at all until later this week when we get batteries (I’m almost completely out, I’ve had to take them out of other things to take the pictures for today and yesterday).
For some reason my blog is acting up and won’t show some of the pictures, please bear with me(Rawr).

View all posts by Annie